Here are the results of an experimental scientific study of the influence of the Lila Chakra game on various functional systems of the human body conducted under the leadership of the head Department of “Biomedical subjects”, candidate of medical sciences, academician, professor Mogilev Valery Evgenievich.

The experiment was conducted in the laboratory “Monitoring of the physical condition of a person” of the Far Eastern State Academy of Physical Culture with the help of “Omega-S” and GDV devices  BEFORE and AFTER the game with a control check after 21 days.

The results of an experimental scientific study of the influence of the Lila Chakra game on various functional systems of the human body are presented on 7 pages  of the text, which includes the goal, task, hypothesis of work, a description of the methodology and the experiment itself.

The problem is quite relevant. It should also be noted the practical significance of the material and the originality of the experiment for solving many medical problems.

After the game, indicators of the functional state of the body improved. The biological age and tension index decreased, and the level of health and psycho-emotional state increased in most players. The level of psychoemotional state increased, and the tension index decreased in 4 people (there were 5 participants in total). According to the results of the survey, the level of adaptation of the body to physical activity increased for 3 people. An interesting fact is the increase in energy supply and body reserves under the influence of a 2-hour game for 4 participants. 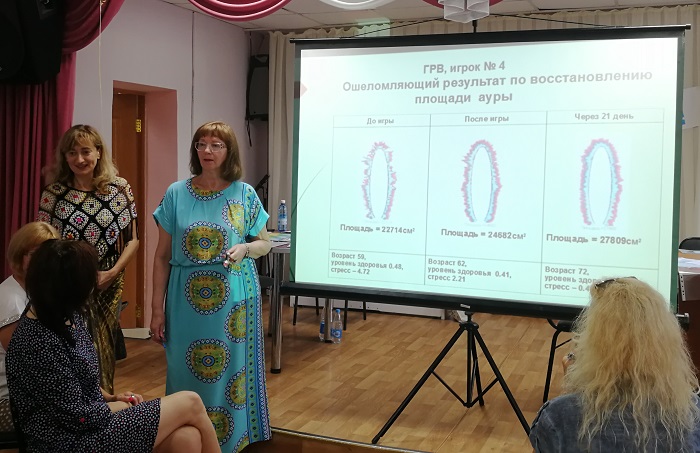 After 21 days, during the follow-up examination, an increase in the area of the aura, improvement of the nervous system, and the preservation of harmony for all the chakras for all people, the preservation of a reduced stress background compared with the state before the game were revealed. In 4 people, indicators of the cardiovascular system improved, as well as increased energy potential in 3 (GDV study). For other indicators, mixed changes were recorded. 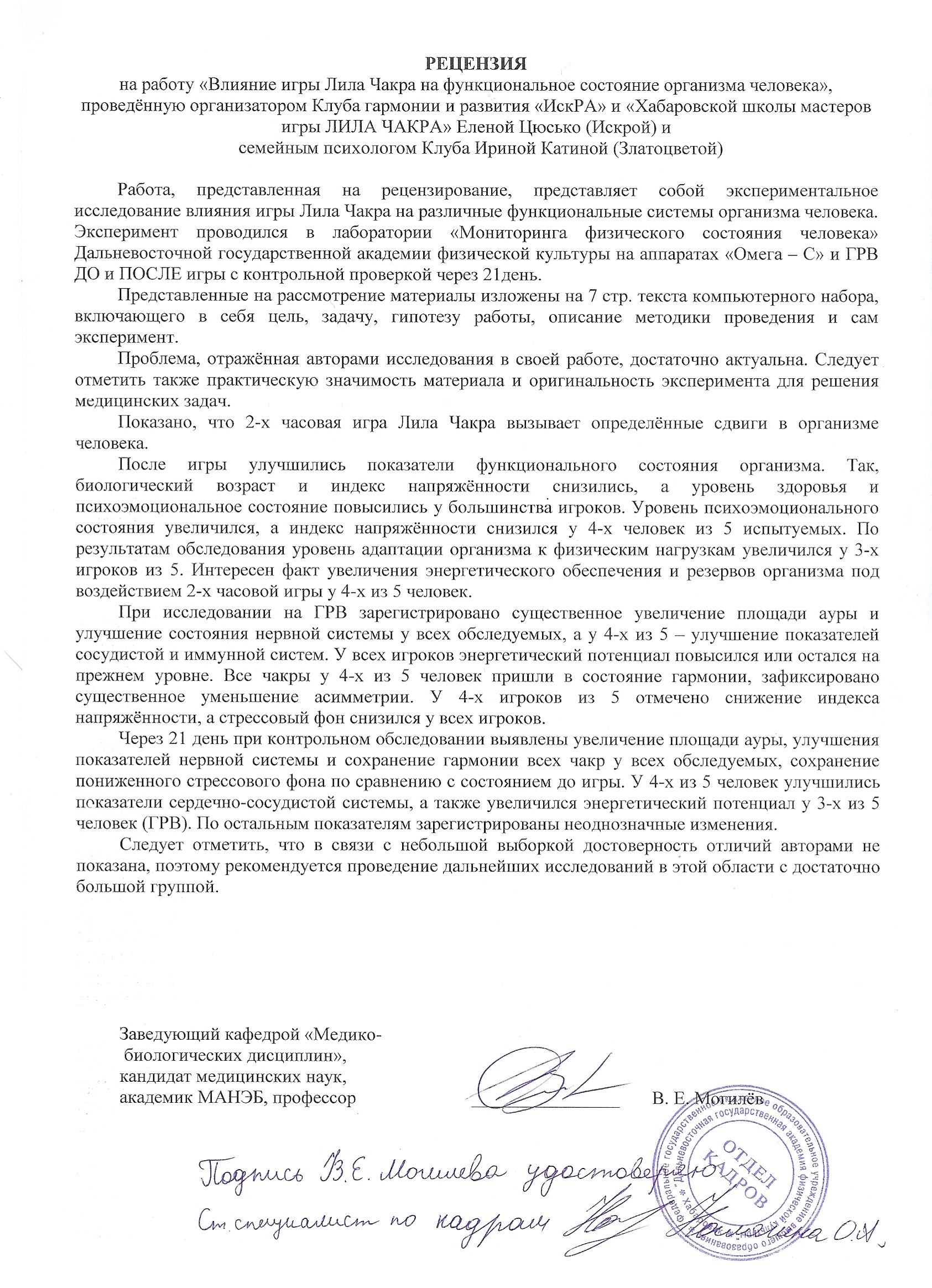 It should be noted that in connection with a small group of people, the reliability of differences has not been established. Therefore, further research in this area with a fairly large group is recommended.